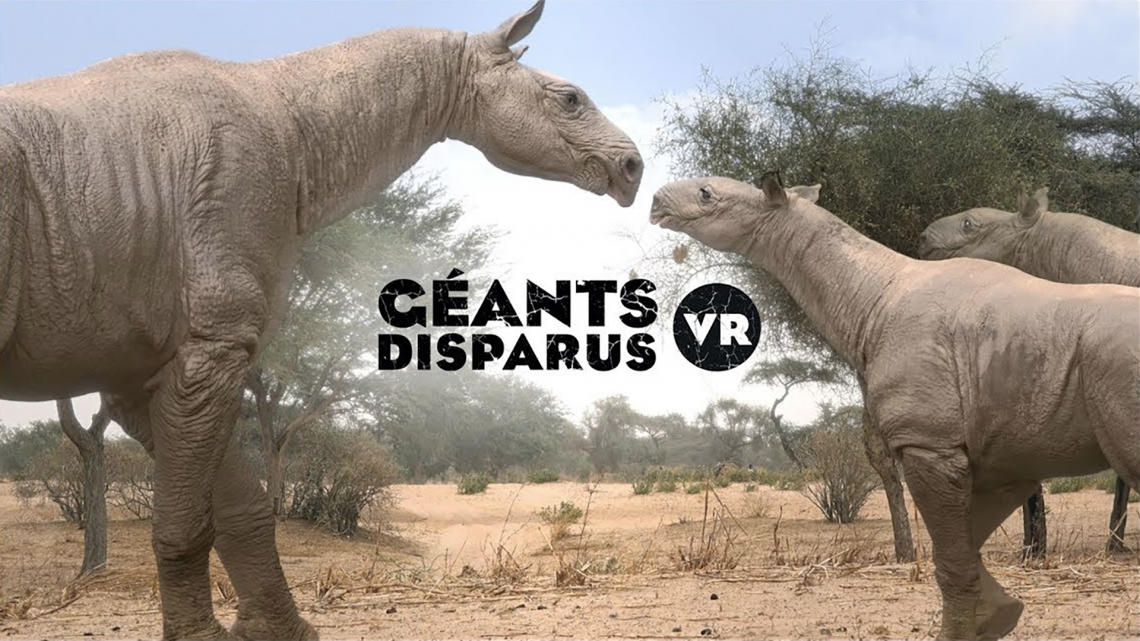 Hall of the museum 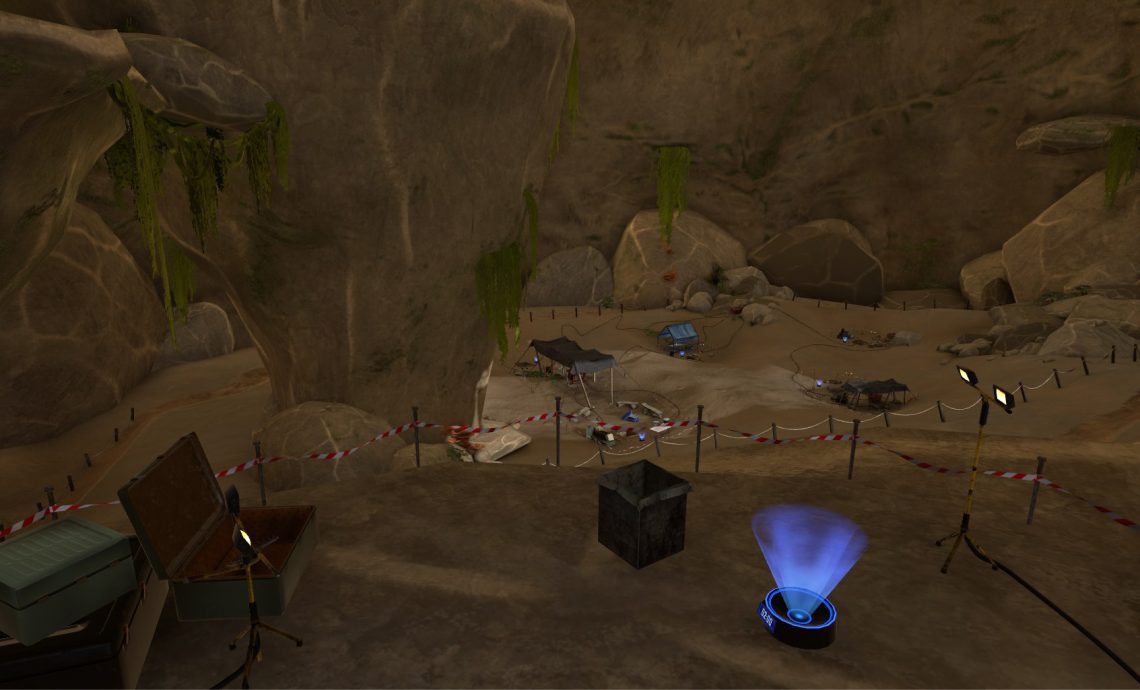 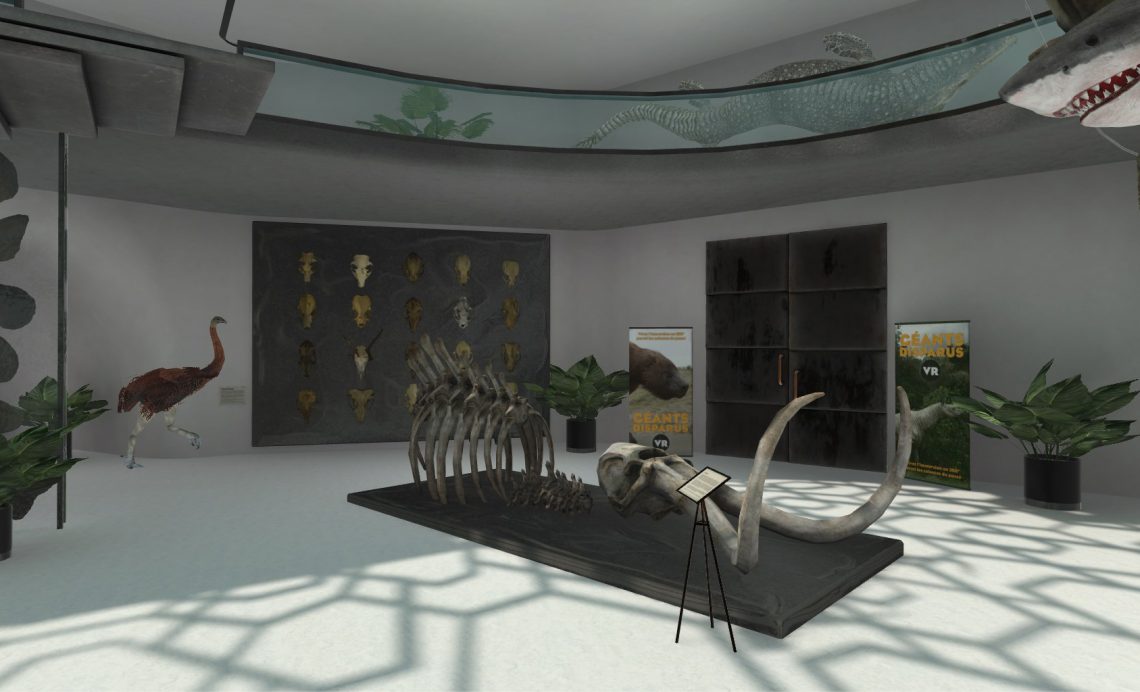 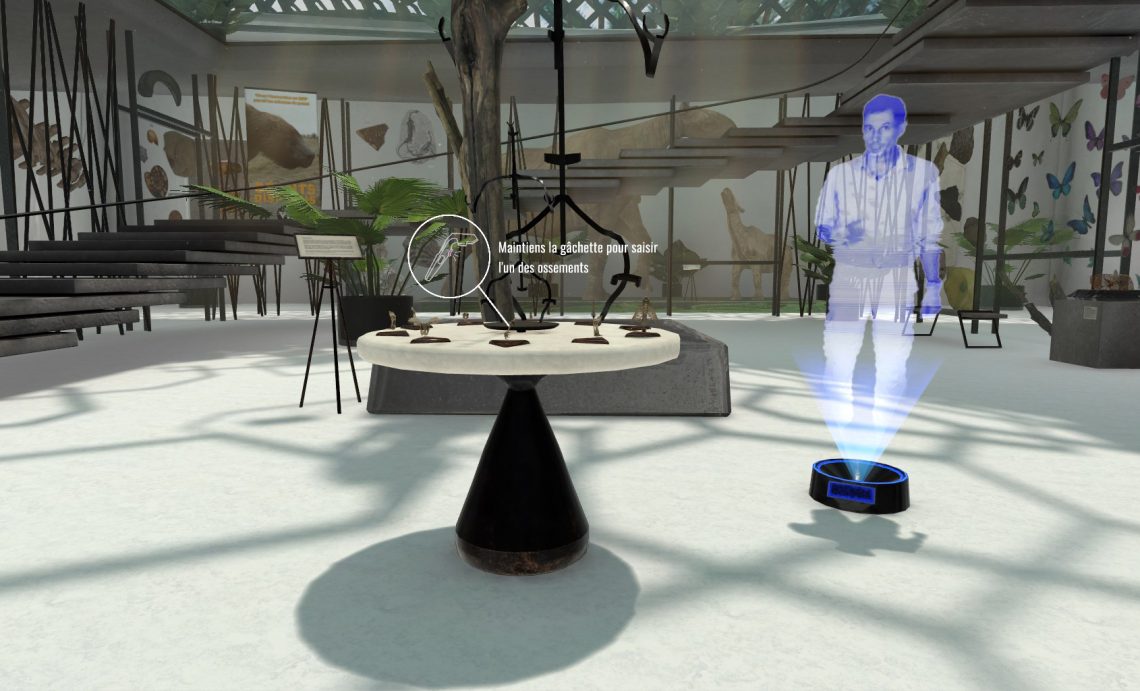 An educational game for everyone in which the player plays an apprentice paleontologist seeking traces of giant animals.

After the dinosaurs died out 66 million years ago, other animals took over and became giants. Thanks to virtual reality, the player can now put themselves in the shoes of a paleontologist looking for traces of megafauna in order to try to explain their disappearance.

Guided by a paleontologist appearing in the form of a hologram, the player will have to carry out a paleontological excavation and thus unearth all the bones of a giant sloth in order to understand the origin of its gigantism and the causes of his disappearance. The second part of the experiment consists of reconstructing the skeleton in the form of a model making it possible to appreciate the real size of the animal and to realize the exceptional proportions of the specimen.

This experience is a variation of the documentary Le Mystère des Géants Disparus produced for France 5. In addition to the game, the player also has access to 360° short films.